Once upon a time…

Once upon a time, there was a mysterious domain in which animals, plants and other wild creature were speaking.

The mystery, however, was less in the domain itself nor its inhabitants gifted with speech. It resided in the fact that at certain times of the day, but never on a regular schedule, it was possible to hear them clearly.

It began inexplicably on a fine September day and ended when half of the characters almost simultaneously left the domain. All the exchanges then became once again incomprehensible and returned to their state of natural noises.

The following dialogues and the pages Aphorisms and Why? are thus the transcription of a few months of eavesdropping. They offer a rare glimpse of what animals, plants and other wild creatures sometimes say…

They also offer the possibility of reflecting on our existence and our beliefs with a new approach. 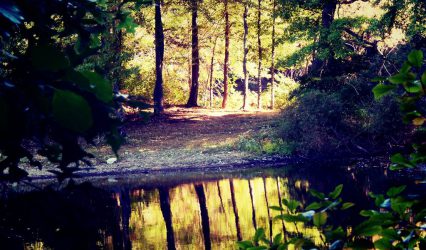 Existentiel dialogue 40: when an end is also a beginning

Gottfried the bird and Simones the green berries talk about the recent changes in the domain.
Read More "Existentiel dialogue 40: when an end is also a beginning" 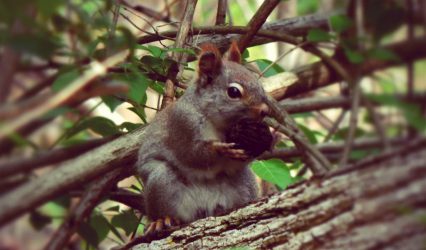 Luce the squirrel, Charmide and Mickael the deer and Niccolò the serpent form an alliance.
Read More "Existential dialogue 39: the dynamics of soft revolutions" 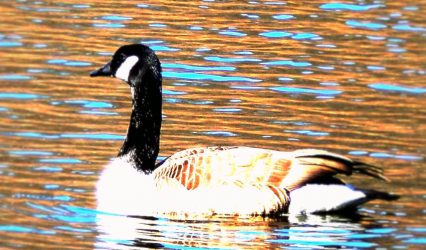 Existential dialogue 38: the sources of philosophy

Peter the hawk and Davina the goose note that it is not always the right time to philosophize.
Read More "Existential dialogue 38: the sources of philosophy"

There are 40 of them + some on the Why? page. Each is followed by an Analysis section and 2 suggestions for Possible discussions. They form a good introduction to philosophy for all ages.

You will find wild ideas there if you are a student in philosophy or theory of knowledge, if you teach an introduction to philosophy at any level, if you are part of a philo-café or if, quite simply, you are curious about the world of thoughts.

The other dialogues between the eagles and the child are on the Why? page. They form a separate set but they also allow discussions.

To read what the owl says, it’s on the Aphorisms page. She only speaks at night and only to her companion; each of her aphorisms are complex enough to allow multiple interpretations.

Map of the domain

The 14 speakers of the existential dialogues + the owl, the eagles and the child

Somewhere else in the domain:

In the outer reaches:

Beyond the outer reaches:

You’ll have 3 choices to read these existential dialogues once they are all published:

Lastly, don’t forget the pages Aphorisms and Why? to read what the owl, the eagles and the child say.

Support creation by offering the writer a coffee (he’ll then tell you who he is) and get by email a copy of any dialogue that interests you or one of the  photos of the site in high resolution.

Read by choosing the creatures

Read by choosing the types of dialogues

A wind of changes (5) The Domain ideas (25) The noise of humans (5) The reason of the world (5)
Content available on request - Contenu disponible sur demande.